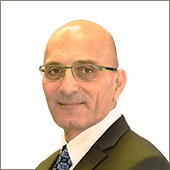 Mr. Mor was appointed Chief Operating Officer in April 2014. He has served with Tower in various positions since 1998 including TowerJazz Japan, Ltd. Representative Director and CEO of TowerJazz Japan, and Senior Vice President and Site Manager at the Newport Beach facility. He also served as Vice President of Business Development, Tower’s Vice President and Fab 2 Site Manager, and Fab 1 Site Manager. In addition, Mr. Mor served as Senior Director of Process Device & Yield (Fab 1) and Director of Equipment Reliability & Support of Fab 1. Prior to Tower, he was employed by National Semiconductor in various engineering and management capacities. Mr. Mor earned his M.Sc. and B.Sc. in Chemical Engineering from Ben Gurion University in Israel.